Scientists study the brain & consciousness of people near death.

The University of Southampton has just launched the world's largest scientific study (ever) of near-death experiences. What I want to know is, will this confirm DMT is in deed the Spirit Molecule? Entheogenic minds want to know.
-EROCx1 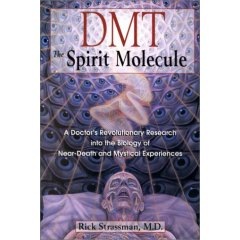 Published by: ScienceDaily
Adapted from materials by University of Southampton.

The AWARE (AWAreness during REsuscitation) study is to be launched by the Human Consciousness Project of the University of Southampton - an international collaboration of scientists and physicians who have joined forces to study the human brain, consciousness and clinical death.

The study is led by Dr Sam Parnia, an expert in the field of consciousness during clinical death, together with Dr Peter Fenwick and Professors Stephen Holgate and Robert Peveler of the University of Southampton. Following a successful 18-month pilot phase at selected hospitals in the UK, the study is now being expanded to include other centres within the UK, mainland Europe and North America.

"Contrary to popular perception," Dr Parnia explains, "death is not a specific moment. It is a process that begins when the heart stops beating, the lungs stop working and the brain ceases functioning - a medical condition termed cardiac arrest, which from a biological viewpoint is synonymous with clinical death.

"During a cardiac arrest, all three criteria of death are present. There then follows a period of time, which may last from a few seconds to an hour or more, in which emergency medical efforts may succeed in restarting the heart and reversing the dying process. What people experience during this period of cardiac arrest provides a unique window of understanding into what we are all likely to experience during the dying process."

A number of recent scientific studies carried out by independent researchers have demonstrated that 10-20 per cent of people who go through cardiac arrest and clinical death report lucid, well structured thought processes, reasoning, memories and sometimes detailed recall of events during their encounter with death.

The AWARE study will be complemented by the BRAIN-1 (Brain Resuscitation Advancement International Network - 1) study, in which the research team will conduct a variety of physiological tests in cardiac arrest patients, as well as cerebral monitoring techniques that aim to identify methods to improve the medical and psychological care of patients who have undergone cardiac arrest.

Dr Parnia formally announced the launch of the AWARE study at an international symposium held at the United Nations on September 11.