[NOTE: All quotations are by Terence McKenna.]

“How are we to relate to the plants which intoxicate? Do they drive us mad, or do they return us to the “religio” to our own origins? Are we to see the states of mind which they invoke as tremendously alien, or are we to see them as, in fact, a way of going back to the primary situation in which everything that we call human found genesis?”

“If you want to change people’s minds about something you have to get scientists to change their minds.”

“It’s actually cooperation is what nature seeks to consolidate and conserve. And it is the species which can make itself most user-friendly to its neighbor species which actually survives.”

“The de-sacrilizing of natural space is the process of cutting it into grids and erecting flat, planer surfaces along those grids to cut out the influx of energy that is part of the natural world.”

“Whatever Christianity was, it was a historical episode where the most patriarchal wrath extant on the planet was suddenly pumped full of so much energy that everything else was just shoved to the wall.”

“It’s impossible to stop the forward march of information.”

“This is the chaos at the end of history.”

“Because our culture crisis is so much deeper [than during the Renaissance], we are casting back to 20,000 or 30,000 years back into the past.”

“I think the task of finding the extraterrestrial is a task of recognizing it when you find it.”

“When talking about evolution it is important to remember that the cardinal dictum of Darwinian mechanics is that there is no teleology. That means that evolution is not moving toward something. All notion of purpose has to be given up. It isn’t that things evolve or move toward higher forms. It’s just that things complexify, and this complexification gives rise to what we define as higher form.”

“Culture is sort of a shockwave which follows behind language. Culture is fossilized language.”

“One of the reasons I think these psychedelic compounds still are important is because they catalyze the evolution of language.”

“I see the whole world we’re living in as basically the legacy of LSD.”

“The dreams of the alchemists of the 16th Century have been entirely realized in the technical accomplishments of the 20th Century.”

“[Acid] heads are in charge of designing the cutting edge of culture.”

“But there are no professionals in the field of self-exploration. That’s everybody’s job. I mean, you all are Ph.D.s in consciousness exploration, or if you’re not you should be, because what else have you got going?” 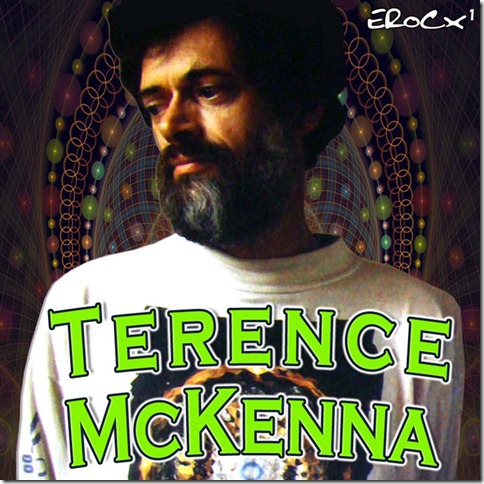