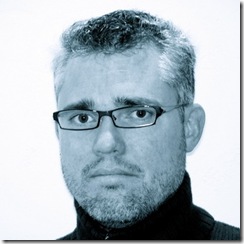 Today’s guest is Dr. David Hillman the author of The Chemical Muse – Drug Use and the Roots of Western Civilization.

Is Western Civilization built on ancient Roman and Greek use drugs? How available were drugs in Classical times? Have the ancient texts been translated so that references to drugs and there recreational use have been intentionally omitted or obfuscated? The generally accepted theory by most Classical scholars is that drugs were not used at all, except maybe for medication. But is that the truth?

Dr. Hillman has spent several years studying the original texts to find out what they really say. And what do they say? It appears that the ancient philosophers, poets and thinkers did most of their thinking under the influence of many different types of psychotropic drugs – and combinations thereof.

D.C.A. Hillman earned an M.A. and Ph.D. in Classics and an M.S. in Bacteriology from the University of Wisconsin. "The Chemical Muse: Drug Use and the Roots of Western Civilization" is the result of his doctoral research on ancient pharmacy. He believes in using an interdisciplinary approach to history as well as the sciences. As a molecular biologist trained to read Greek and Latin, he favors a scientific approach to the examination of ancient primary sources. He also believes in looking at Classical texts without allowing post-Classical (Christian) linguistic and cultural influences to alter the sense of the original languages. He appeared in the March edition of Reason Magazine, in an interview with Mike Riggs (http://www.reason.com/news/show/131409.html). He lives in Madison, Wisconsin with his family, where he continues his research and writing.
http://www.chemicalmuse.com/

Dr. Hillman, if you are the same Dr. Hillman who posed the question to Karen Tate regarding the lack of feminist scholarship in your area of expertise online recently; I am inviting you to speak online for Creatrix Media Live on BlogTalkRadio. Consider being our guest from 11-noon PST Sunday, March 21st and joining our roundtable discussion topic "March Men and Goddess Madness"! I can be reached directly at jaynemariepeace@aol.com. Thank you for any consideration. Jayne DeMente, MA WSE and Founder of Women's Heritage Project and Spiritual Cultural Arts & Endowment Program.