The New Bail Out Mascot 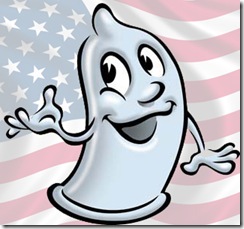 Recently the U.S. Government has announced that it has created a new national symbol for the bail out plan as it very accurately represents the reality of our current situation.

Its a cheap & easy fix, allows for inflation, halts production, destroys all hope for the next generation, protects a bunch of dicks and gives you a sense of security while you're being screwed in an unpleasing way by those above or behind you.

Should this bailout actually benefit my friends & family who are currently afflicted by unbearable amounts of stress and heartbreak due the the collapse of the "American Dream". I will happily rescind this entry with my most sincere apologies. Until then, at least this post may bring a little humor to these depressing times.

Email ThisBlogThis!Share to TwitterShare to FacebookShare to Pinterest
Labels: apocalypticism, Barack Obama, Culture is not your friend, EROCx1, How to Operate Your Brain

HarHar, thats a good one E!

I hope to get bailed out too!