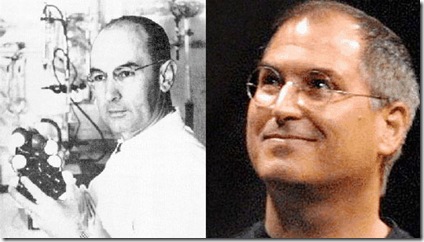 Steve Jobs has never been shy about his use of psychedelics, famously calling his LSD experience "one of the two or three most important things I have done in my life." So, toward the end of his life, LSD inventor Albert Hofmann decided to write to the iPhone creator to see if he'd be interested in putting some money where the tip of his tongue had been.

Hofmann penned a never-before-disclosed letter in 2007 to Jobs at the behest of his friend Rick Doblin, who runs an organization dedicated to studying the medical and psychiatric benefits of psychedelic drugs. Hofmann, a Swiss chemist, died in April 2008 at the age of 102.