I wanted to share a few recent podcast episodes that feature an enormous wealth of knowledge on improving ones ability to think, learn, de-program, use logic, the Trivium, Hegelian dialectics, Philosophy, free thinking and more with out trying to sell you anything! I believe any and every one can benefit their mind by simply from listening these podcasts. Thank you Jan Irvin, Dr. Michael Labossiere, Lisa Arbercheski, Richard Grove, Paul Verge and everyone else who help make these recordings possible!

If you find these useful, please support these podcasts & websites 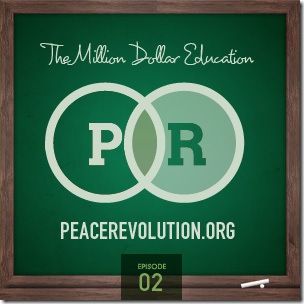 REFERENCES:
Gorgias  by Plato 386 B.C.E.
The Republic by Plato 380 B.C.E.
Phaedrus by Plato 370 B.C.E.
The Art of Rhetoric by Aristotle 322 B.C.E.
The Metalogicon: A 12th Century Defense of the Trivium by John of Salisbury 1159 C.E.
Utopia by Sir Thomas More 1516
The Last Will and Testament of Cecil J. Rhodes by William T. Stead
Public Opinion by Walter Lippmann 1921
Propaganda by Edward Bernays 1928
The Trivium: The Liberal Arts of Grammar, Logic, and Rhetoric by Sister Miriam Joseph 1937
The Lost Tools of Learning by Dorothy Sayers, Oxford 1947
Great Books of the Western World edited by Dr. Robert M. Hutchins
The Reece Committee Report by Norman A. Dodd, Carroll Reece 1954
Tragedy and Hope, a History of the World in Our Time by Carroll Quigley 1966
The Hidden Agenda: How the Foundations controlling Education are also creating a World Government - An Interview with Norman Dodd (Transcript and Video) by G. Edward Griffin 1981
Dumbing us Down by John Taylor Gatto 1992
Outcome-Based Education by Ron Sunseri 1994
The Underground History of Education by John Taylor Gatto 2001
(you can also read The Underground History of Education on his site)
The Trivium Study Guide by Gene Odening 2009
Gnostic Media Podcasts 49, 50, and several recent podcasts
The Tavistock Institute of Human Relations: Shaping the Moral, Spiritual, Cultural, Political, and Economic Decline of the United States of America by Dr. John Coleman 1991 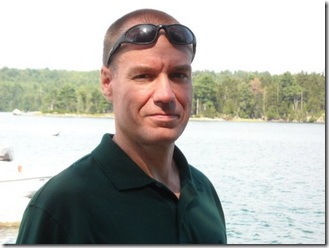 What would happen if everyone in society received an immunization against all of today's media and political propaganda? Is there a simple, logical process to arm ourselves against such attempts at mind manipulation and control? What if you had the ability to quickly and easily break down words and sentences to identify lies and untruths and propaganda? What do grammar and rhetoric have to do with logic and critical thinking, or, for that matter, marketing, PR and propaganda spin, and more importantly, exactly how can they help you? If someone presents evidence of a claim, do you have a mental duty to study it before you attack it? How can we make our minds sharper? Is it possible to level the playing field against corporate and government propaganda by creating a critical thinking meme? Today we launch the critical thinking meme into society and I ask for your help to spread it, to share today's talk with all you know: friends, co-workers, family, business associates and school mates. If you want to help make an immediate change in your own and other people's lives for the better, today's show is one of the primary ways to do it. We're going to continue our study of the trivium with Dr. Michael Labossiere who is here to discuss logical fallacies. Micheal will be back in the next week or two to also discuss the subject and predicate. This show is being released on Monday, January 25, 2010. My interview with Michael Labossiere was recorded on January 09, 2010. Michael LaBossiere is a guy from Maine who went to school in Ohio and ended up in Florida. Professionally he is a philosophy professor at Florida A&M University. He started teaching there in the Fall of 1993 and greatly enjoy his choice of careers. He teaches a wide variety of classes that range from Aesthetics (theories of art and beauty) to Theory of Knowledge. His first philosophy book, What Don't You Know? hit the shelves in the spring of 2008. He also blogs for The Philosophers' Magazine and has numerous academic publications.