I don’t usually get into politics; however this presentation really sums up an important issue that is causing great harm to many human beings around the world, crippling the US economy, robbing families quality of life and our reputation as a global citizen. Whoever you vote for, I would like to ask you greatly consider their position on the wars and spending most of our collective treasure on so called “defense”. The world is no safer from these psychopathic economic priorities & policies. Please make this an important issue in your decision, try not to get caught up only in the topics the candidates wish to discuss. At the bottom is a clip from my new favorite series, I typically do not watch TV but really enjoy The Newsroom: The Complete First Season. Thanks for your attention! ~EROCx1

Worldwide weapons sales by the United States tripled in 2011, according to a new report by the Congressional Research Service.

U.S. arms sales to both developed and developing nations reached $66.3 billion last year, up from $21.4 billion in 2010, the report found. Russia, the nation with the second highest weapon sales, sold $4.8 billion worth of arms. Meanwhile, total worldwide weapon sales nearly doubled to $85.3 billion, making the U.S. responsible for more than three-quarters of the global total.

Some of the biggest purchasers of U.S. weapons were Middle Eastern nations, including Saudi Arabia, whose purchase of 84 advanced F-15 fighters in part accounted for a $30 billion bill. The U.S. also sold around $2 billion worth of antimissile batteries to Taiwan, a deal that stoked the ire of China and caused tension during a diplomatic Chinese military visit last July.

For its part, Russia has also faced criticism for its weapons dealings with Syria, which remains embroiled in a civil war since March 2011.

The United Nations failed to reach a consensus last month on a treaty to increase regulation of the arms industry, but further talks are expected leading up to a possible vote by the end of the year.

If your curious, I’m considering Gary Johnson for President 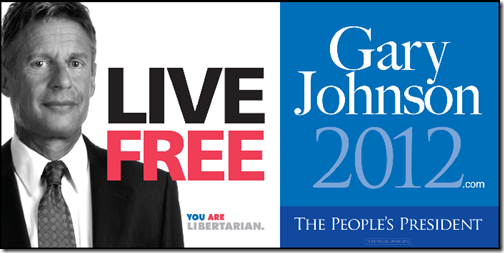 This is an awesome clip (the one from The Newsroom, that is); thanks for posting. Does he get killed in the next scene?