There is a VH1 series called “Lords of the Revolution” with episode #104 featuring Dr. Timothy Leary. Its scheduled to air on Vh1 August 13th @ 8PM. 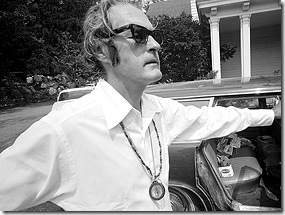 Below is the summary:
[From the moment Harvard professor Timothy Leary ate magic mushrooms in 1960, his life would never be the same. Advocating the use of LSD and other mind altering drugs to expand consciousness, Leary transformed himself from an eccentric Harvard professor into the leader of the 1960s psychedelic counter-culture movement. Leary's influence helped shape the music, fashion and politics of a new generation. He defied authority and fought the government at every turn, earning the title, in President Nixon's words, as "the most dangerous man in America."]

Please take a moment to check out my new LSD Documentary film.
POWER AND CONTROL :LSD IN THE 60's

Tim Leary's Miricle of Good friday Experiment is explored with one of the original PREACHERS who took part.

LSD and the Protest Movement, JFK & LSD plus more.