During these difficult times, as people struggle to pay for their homes and care for their families. Some turning to the classifieds looking for work will see "Make some extra cash! Drug use and criminal record OK". That right, the Albuquerque police department ran an advertisement that they will pay drug informants to drop the dime and snitch! Even if they themselves are convicted criminals. This isn't the first time they did it either. The last time a similar advertisement was ran so many phone calls were received that they were forced to turn off the hotline!

Is this the best means for the police to obtain accurate information that may be used as evidence to raid the homes of American citizens?

What about those who may pass on unreliable information just in hopes of receiving some desperately needed cash? Unhappy with someone, why not turn them in as retaliation and get paid for doing it? Who knows the motives of these paid informants. However enticing them with cash is only going to increase the amount of questionable information that is passed on to the authorities.

Through out history there have been numerous examples of tragedies created by paid informants. Ann Frank and her family were arrested and sent to Auschwitz based on information collected by a Gestapo paid informant. Turning people against each other have always been a powerful method to maintain control over a population and to imprison its "undesirables".

If you haven't done so already, please read my entry's Police raids end in tragedy and Police Raid Mayor's Home and Kill His 2 Dogs. The consequences of police raids are horrific to say the least. Not to mention the enormous danger the informants are putting themselves in. As was the recent case of 23 year Rachel Hoffman who was murdered for her involvement with the police. 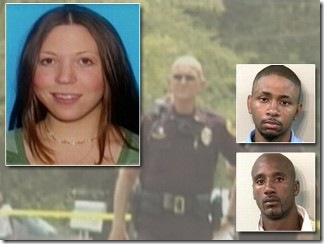 JUST SAY NO TO THE POLICE!
For everyone's safety!